We’ve been very fortunate this year.  In October we had a Skype visit with author Derek Kent who prefers to be known as Derek the ghost.  I read both of his books aloud to the class.  The first was Scary School, and the second was Scary School – Monsters on the March.  We loved them both because of the way they left us laughing out loud.  Every time I picked it up the class cheered because they knew there would be something funny in the pages ahead. The characters were imaginative and unexpected and added drama to every chapter.

Last week we had a Skype visit with author Rob Buyea.  I read both of his books aloud as well.  The first was Because of Mr. Terupt, and the second was Mr. Terupt Falls Again.  We loved these books because we made such a strong connection to the characters and their lives.  The first book is about a class of 5th graders and their very cool teacher.  The second is the same group of students, now in 6th grade, having looped with the same teacher.  These books also made us laugh out loud, but there was more.  They made us cry too.  The situations among the students was familiar, yet unpredictable.  We waiting breathlessly to see what would happen next.

Two days ago, I asked my students to brainstorm a list of things that they had learned about writing by reading these books and talking to these two authors.  Here are some of the things the students wrote down.

-Always put yourself in your story – meaning, have one of your characters be part you.
-Always have a big thing happen – something that the characters will have to deal with.
-Get ideas from your own life.  Think back to some funny events or situations in your own life.
-Have your character learn some life lessons during the course of your story.
-Include some well known people as characters and change their name and characteristics just enough to allow your reader to recognize and draw a connection.
-Add things that no one is expecting.
-Add humor to lighten the mood.
-Have your main character go against the crowd now and then.
Rob Buyea

-If you base a book on your everyday life, ideas will come to you more easily.
-Always carry a writer’s notebook.  You never know when an idea will pop into your head.
-Writing ideas seem to strike at the weirdest moments.  (The idea for Because of Mr. Terupt came to Rob Buyea while he was in his mother’s garden!)
-Take your own memories and change them to fit your story and/or your characters.
-Make the reader wonder what will happen next.
-Jot down ideas.  You may not use them for years, but it gives you a collection to draw from.
-If you don’t like the situation/character/story, your reader won’t either.  Sometimes you want your reader to dislike a character, but make sure you think about whether you want your reader to change their opinion by the story’s end.
-Base your characters and events on real life people and events in your life.

I’m very pleased to see that the combination of reading the books and actually talking to/asking questions of these authors has left the students with great advice and tips to apply in their own writing.

During this video the students were analyzing and identifying a compound sentence.  I first learned about analyzing sentences in this manner when I listened to Michael Clay Thompson at a seminar.  I was fascinated.  The students are really able to make better sense of how this all works together when they see all the pieces in action.  Every sentence is new, but the structures become recognizable … as do the subjects and predicates … and all of the rest of it.  I compare it to listening to an orchestra and talking about the role of the various instruments and how they complement each other…. and all while the orchestra is playing.  We are listening and making sense of it at the same time. 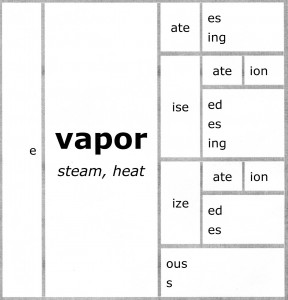 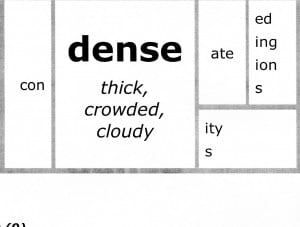 Simplifying fractions becomes easier when you can recognize what both the numerator and denominator are divisible by. Hope you enjoy our video on the divisibility rules for 2, 3, 4, 5, 6, 9, and 10.

Russian Crew Is The First To Film A Fiction Movie In Space
Space-related films have come a long way since A...

Oil Spill Off The Coast Of California Closes Beaches And Threatens Wildlife
A ruptured undersea oil pipeline off the coast ...

Should A Blank Canvas Be Considered Art? One Dutch Artist Certainly Thinks So!
A mirror coated in red paint, a banana stuck to t...