Let’s look at the prefix <sub->.  We can all name quite a few words that have <sub-> as part of their structure.  I can easily think of subcontract, submarine, subterranean, subway, subordinate, and subside.  But now let’s think of the word <suffix>.  Would you have guessed that the structure of this word is <suf-> + <fix>?  The prefix <suf-> is just one of the prefixes assimilated from the <sub-> prefix.  Go ahead and replace the <suf-> prefix with the <sub-> prefix.  The resulting word would be <subfix>.  Say it out loud a few times very quickly.  You can feel the <sub-> prefix assimilating to <suf-> as you speak.  Whereas the pronunciation of <subfix> calls out the <b> and <f> separately, the pronunciation of <suffix> feels as if the last letter of the prefix has been absorbed or assimilated into the first letter of the base. 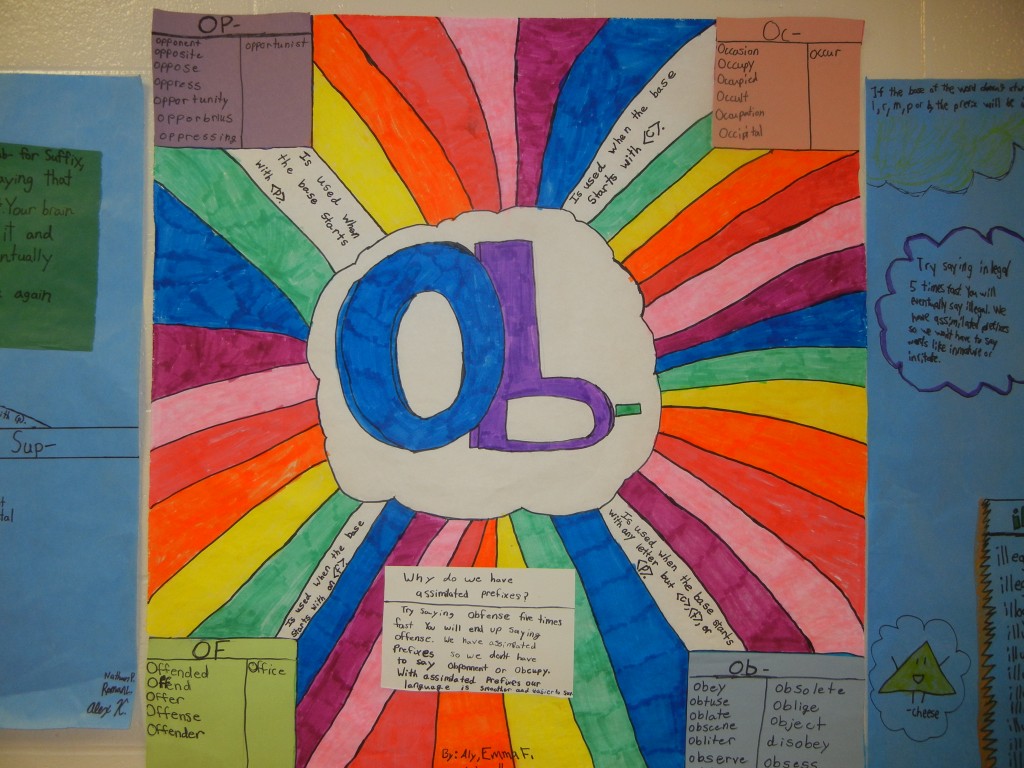 With this group, I told them to find words that had the following prefixes:  <ob->, <of->, <oc->, and <op->.  As they collected words, they had to be ready to prove to me that the targeted letter combinations were indeed prefixes and not just the first two letter of the base or stem.  Next I asked them to notice things about the base when the prefix was <of->, or when the prefix was <oc->.  It was pretty easy to notice that when the prefix <of-> was used, the base always began with an <f>.  Once they were focusing on the base of each word, I said, “Keep going!  What do you notice about the initial letters of the bases paired up with each of the prefixes?” 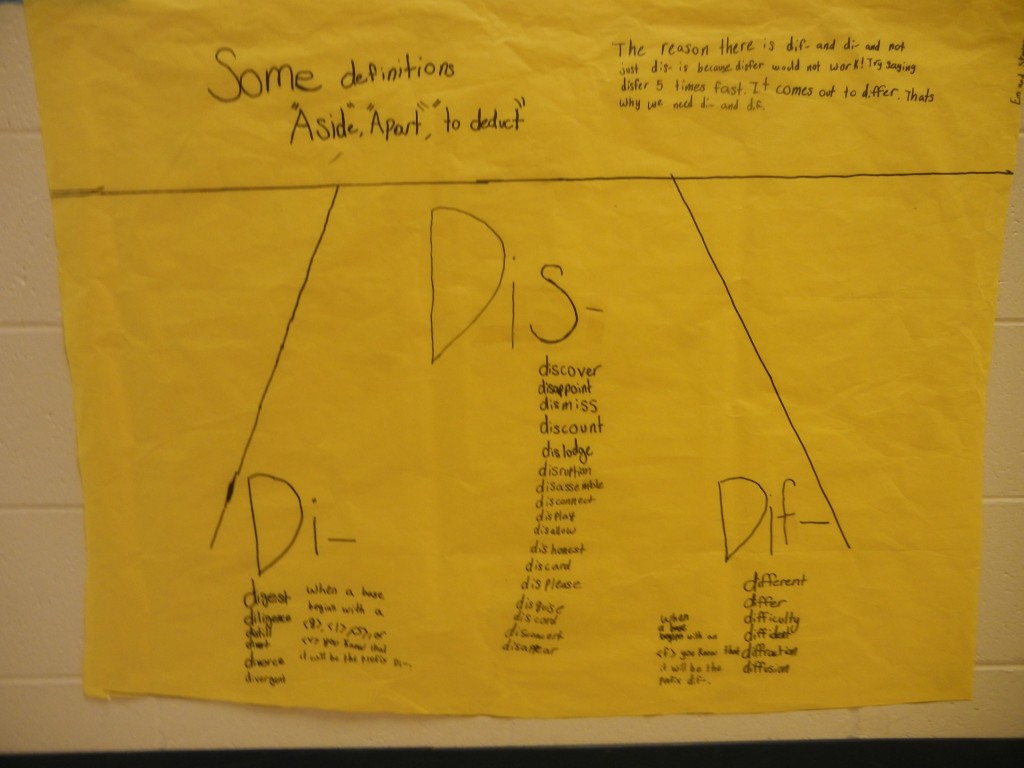 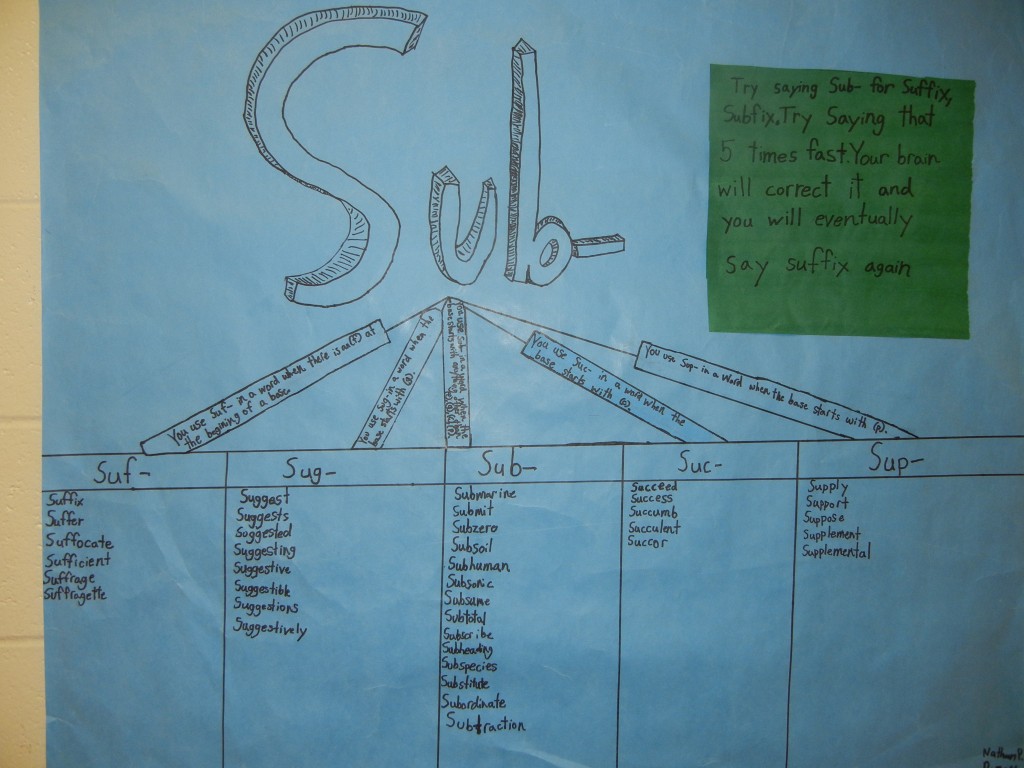 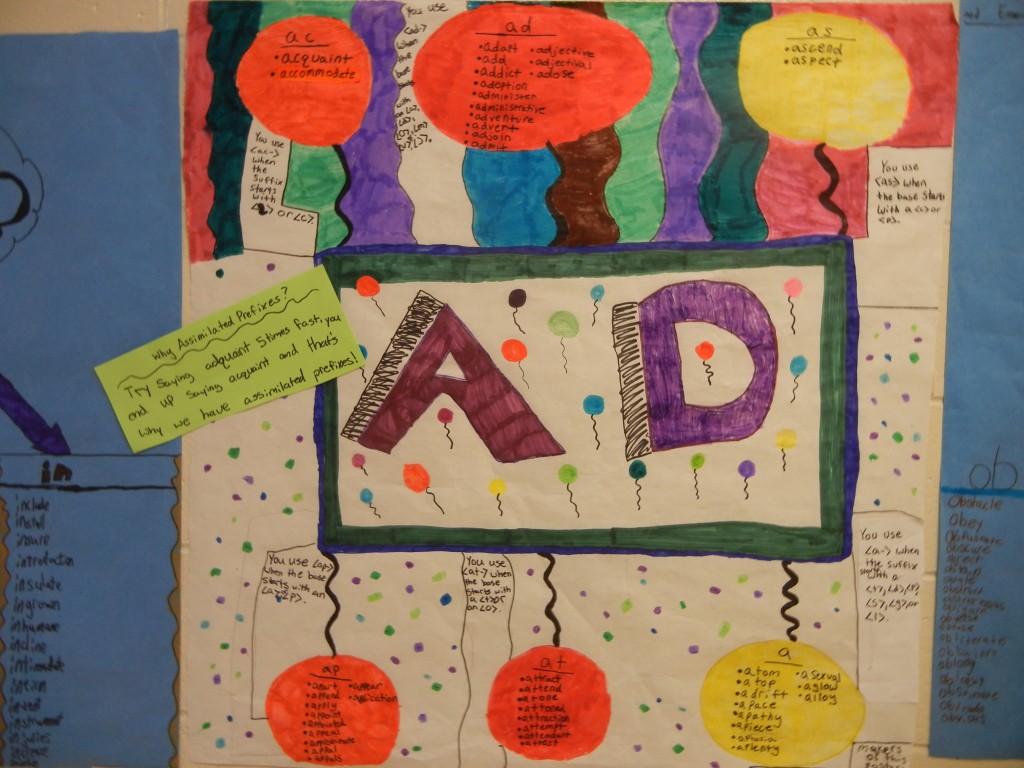 Even as many of the students are still finishing up their posters, we paused today to share what we have learned.  The sharing comes in the form of a new video.  We call it the “Assimilated Prefix Family Feud”.   We hope you enjoy for sure, but mostly we hope you learn something new!

No questions about it.  Fifth graders love to star in Jib Jabs!  Here is another group of my students wearing cute little bunny and chick costumes!