In honor of Pi Day (March 14th) I like to do a number of things.  I know that Pi is associated with math, but that sequence of numbers can be used to create some cool art, music and even poetry!  I know, I know.  It is no longer March.  But now is when I have the time to post about some great things we did this year.  Perhaps writing Pi poems will be something you’d like to try!

So many of the poems written this year were  just plain lovely!  Here are a few of them: 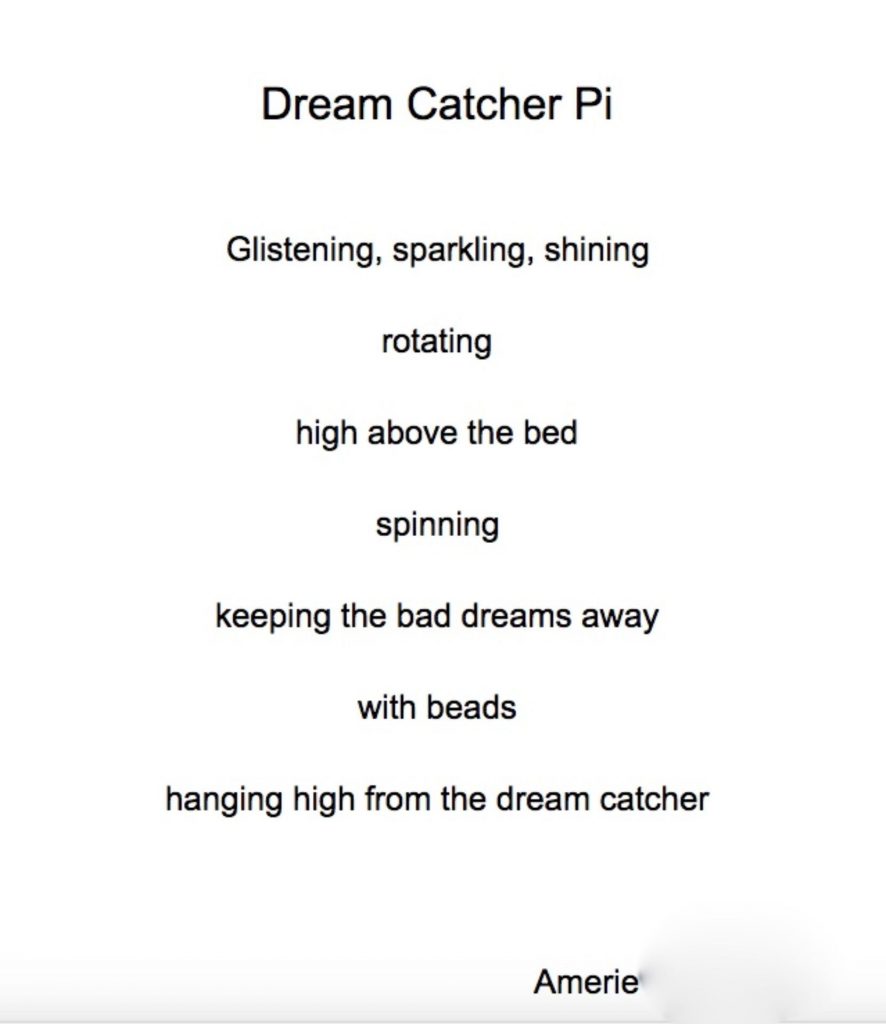 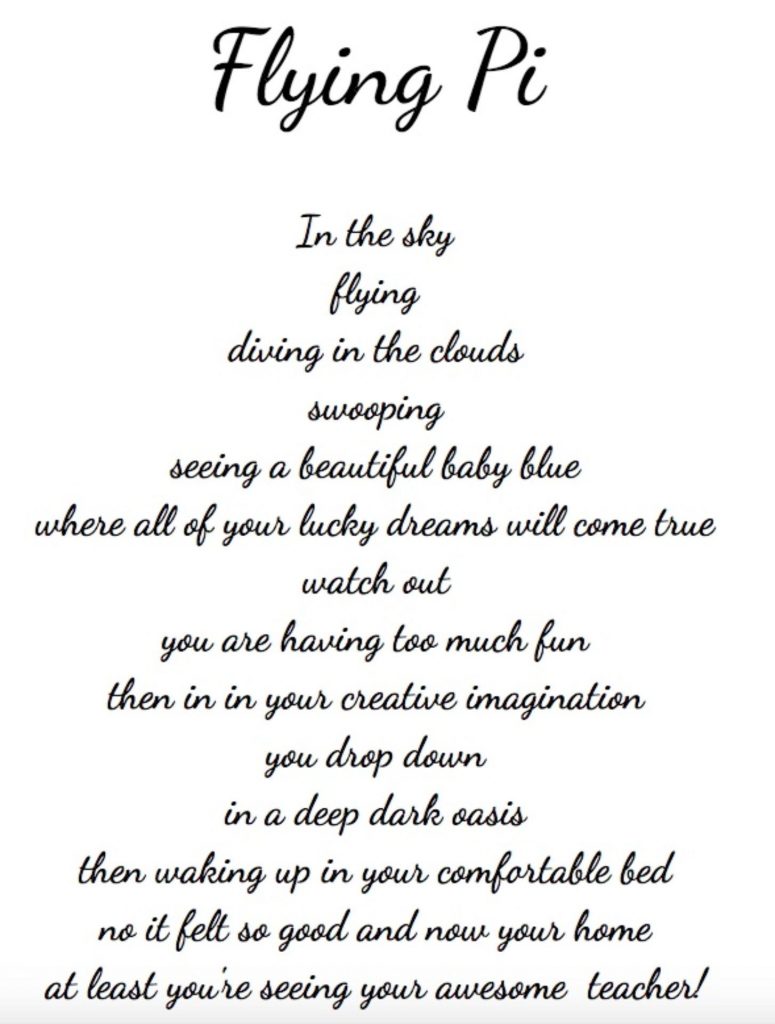 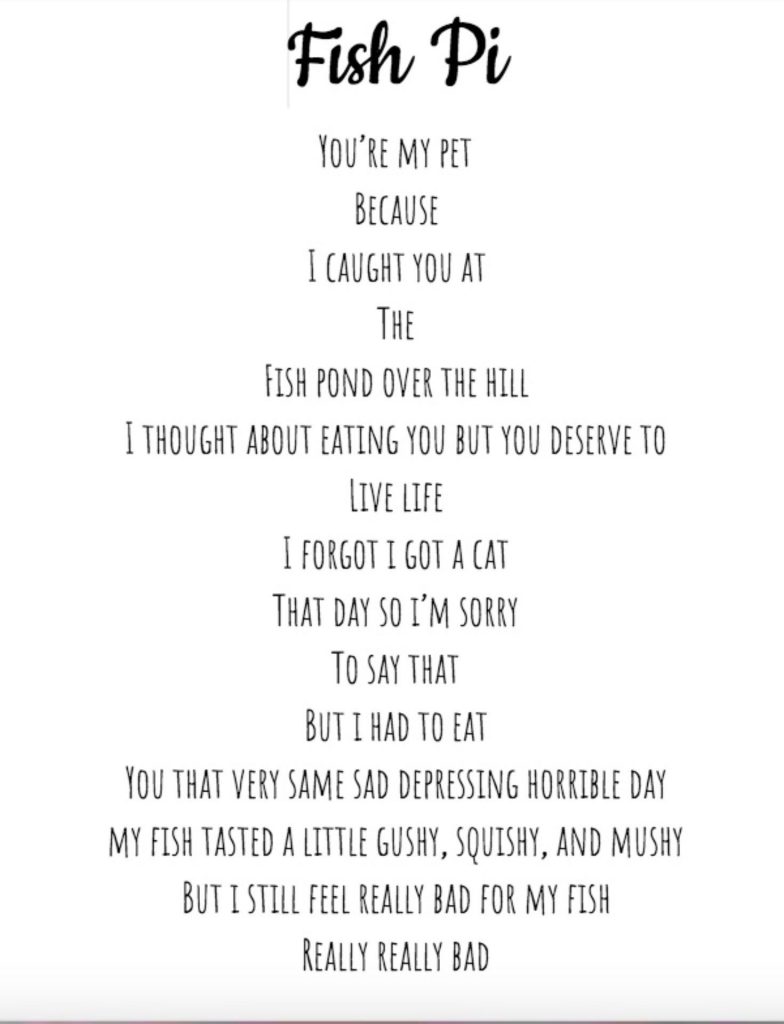 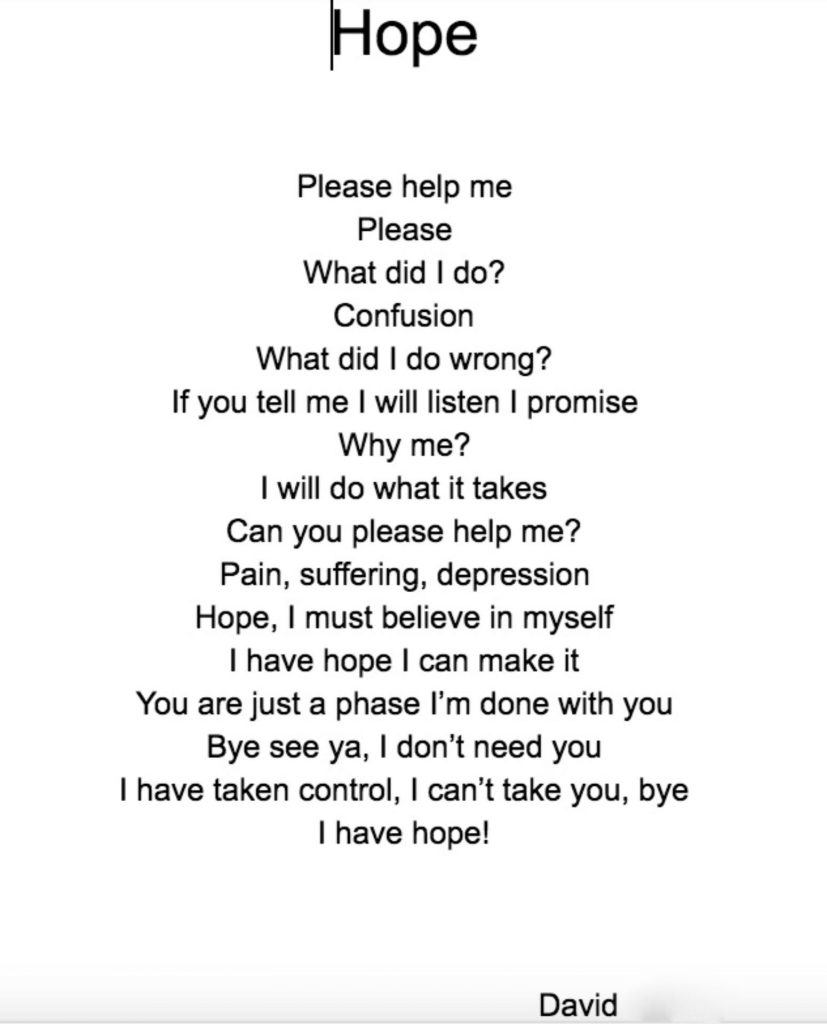 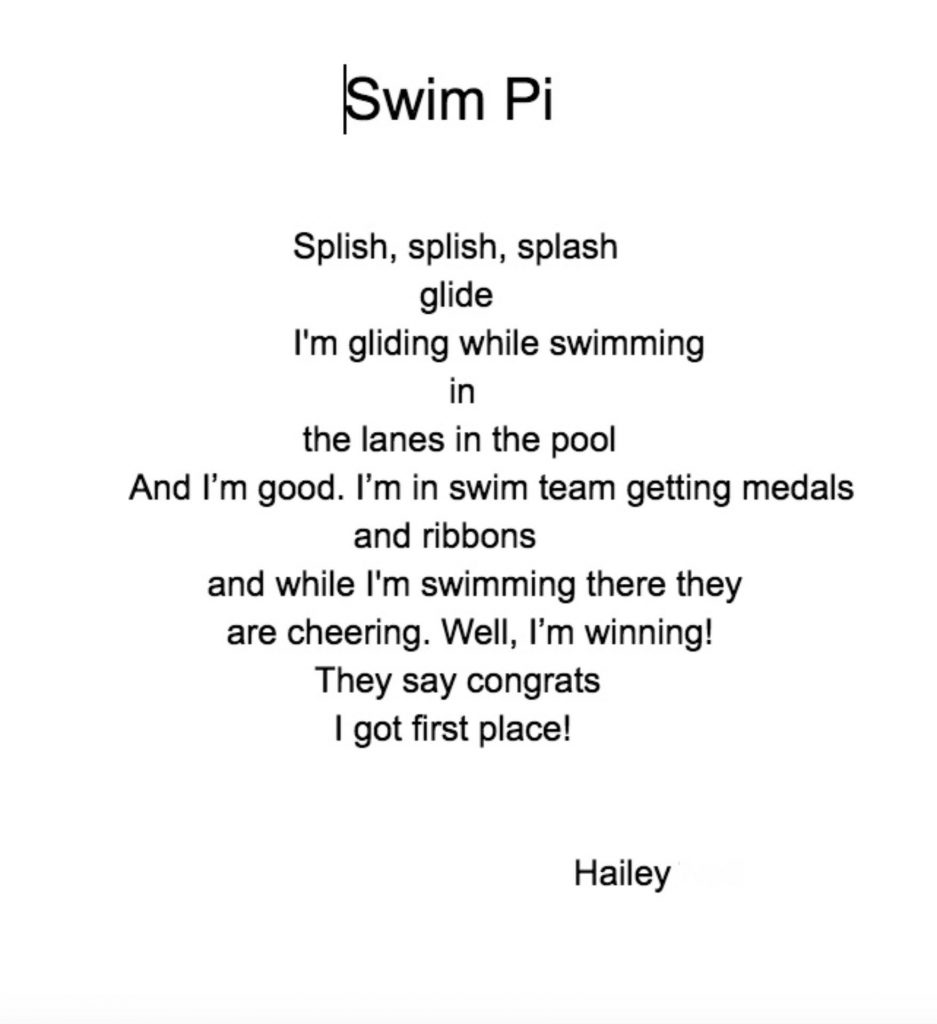 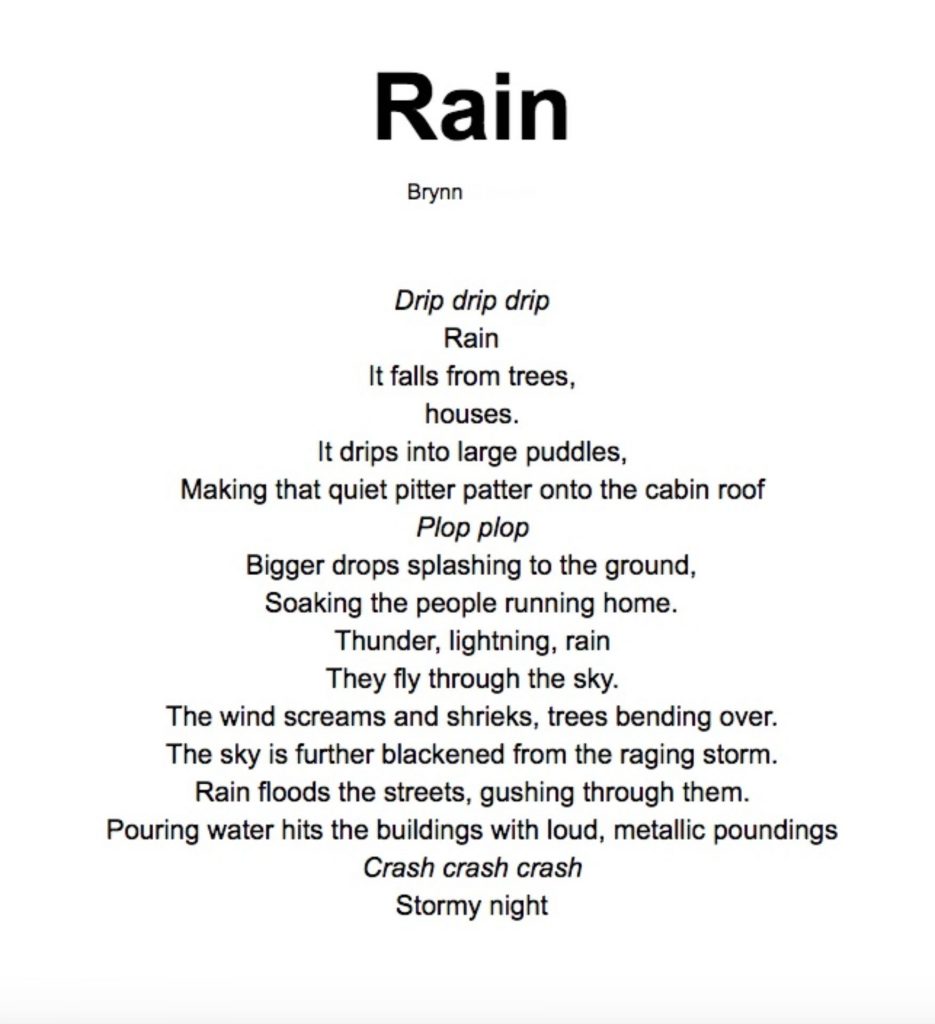 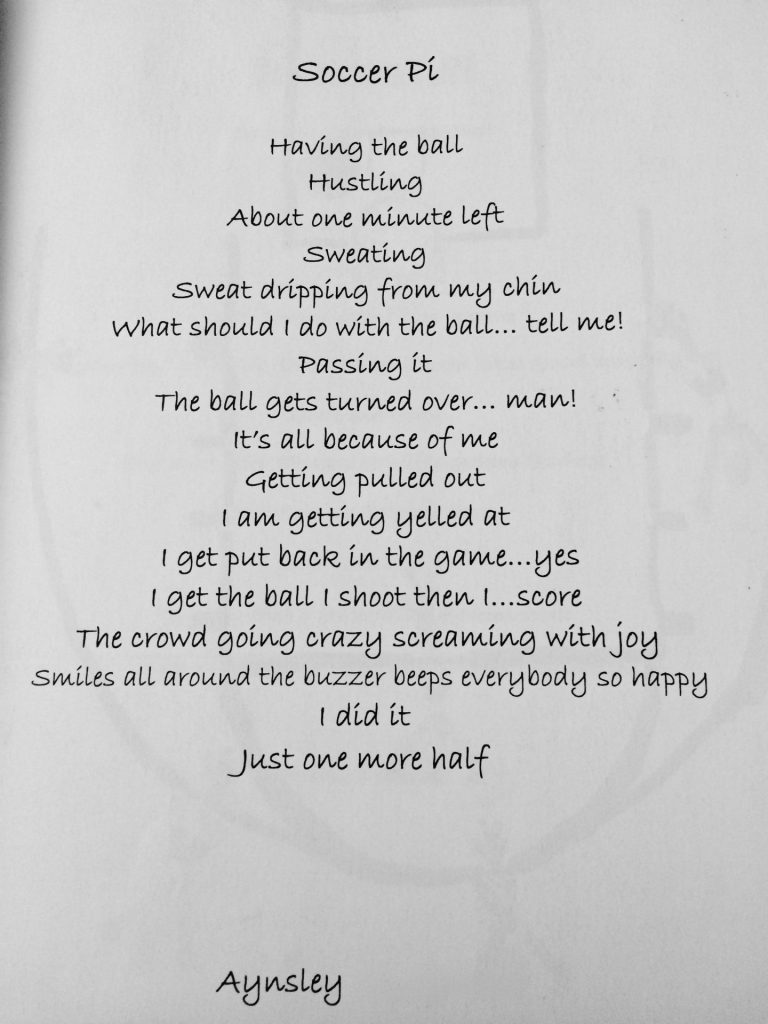 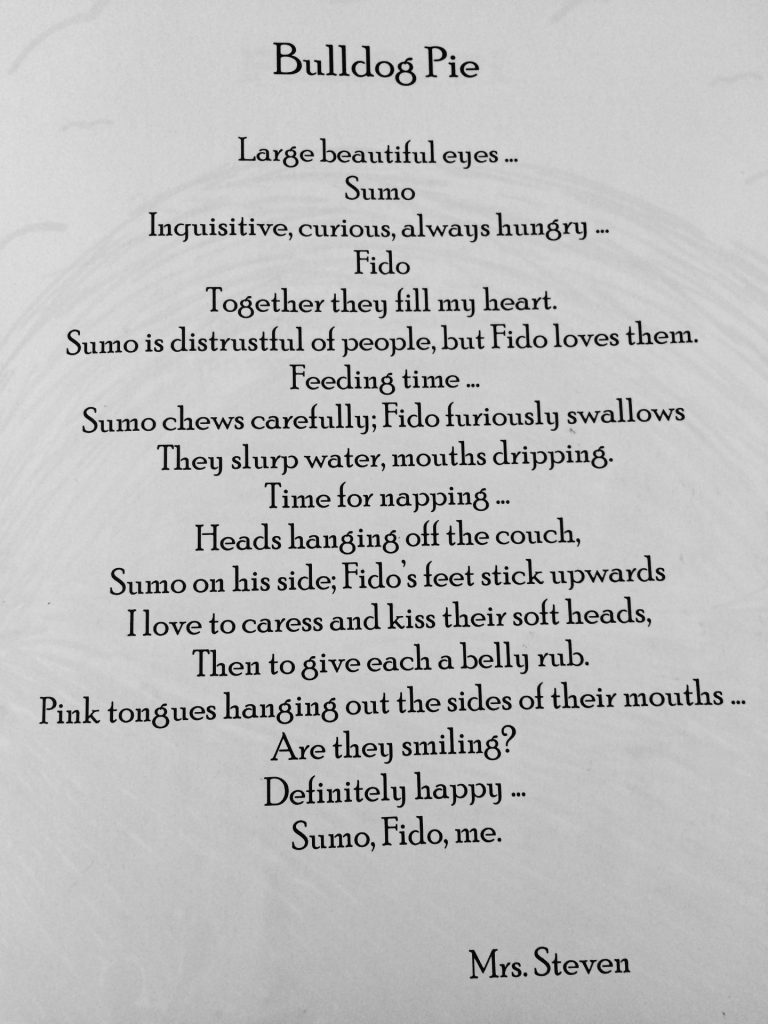 I don’t often post my own writing, but thought it was important for you to know that when my students write, I write.