Without getting deeply into the how and why of dreams, I’d like to share a classroom discussion that took place recently while I was asleep and in fact, dreaming.  Over the years, there have been many instances in which I have fallen asleep rehearsing how I wanted to introduce a word family or some specific characteristic of a word family to my students.  If I woke up in the night, I woke up to my brain having that discussion “live” with the students participating.  In the morning, I would realize that our brave discoveries–the ones I couldn’t wait to talk about now that I was awake–weren’t possible.  They weren’t actually words I could find–even as obsolete words in the OED.  My brain totally made them up, using what I understood about structure and meaning.  Well, I had another one of those dreams the other night.

I don’t recall why, but my students and I were looking at the word ‘companion.’  We defined it as a person you spend time with.  The students shared their thoughts on whether or not a companion had to be a close friend, a sibling, or even a person at all.  One student claimed her dog was her companion.  Next, people named places they visited or activities they enjoyed with companions. 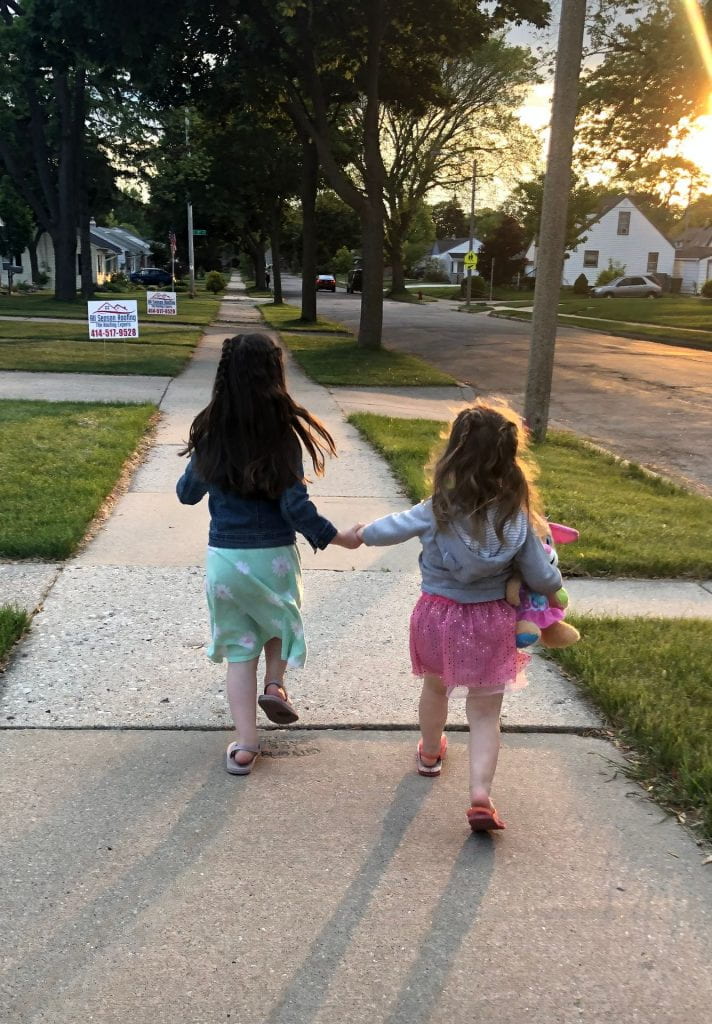 And then, as has happened so often in my classroom, a student asked a question that made me pause.  “Is the word ‘companion’ implying only one other person? Is there a member of this word family that could imply several people were spending time together?

Of course, if I had been having this discussion while awake, we would have discussed simply making the word ‘companion’ plural.  But this discussion was happening in a dream where the obvious often seems like the least logical.  So we didn’t even consider making the word plural and instead looked for a related word that would imply more than one companion.  When someone suggested the word ‘polypanion,’ I yipped with delight!  Here was a perfectly useful word that I never heard of before!  The morpheme <poly> was suggested because earlier in the year we had made slime, which prompted an investigation of the word ‘polymer’ meaning “many parts”.

After a moment of thought, I brought up the fact that the base <pane> (I assumed this was the base – we hadn’t looked it up yet) was from Latin (again, an assumption because of the Latinate <-ion> suffix).  I suggested that if the base was Latinate, maybe we should see if there’s a Latinate element that would work in place of <poly> which is Greek.  You see, in the course of our school year together we had discovered many compound words in which there were bases from two different languages.  This hybrid word, ‘polypanion,’ is an example of just that.  The word ‘speedometer’ is another great example.  The first base, <speed> is Germanic and the second base <meter> is Greek.  A word that similarly means to “measure speed” is ‘tachometer.’ Both <tach> and <meter> are Hellenic, so this is not a hybrid.  As a speaker of English, we sometimes have a choice of whether to use a hybrid word or not!

Considering that information, a student suggested ‘multipanion’ as a word in which all elements were from Latin.  (When we had investigated ‘polymer’, we had compared Greek <poly> “many” to Latin <mult> “many” and collected familiar words that included each.  I remember that the words ‘multisyllabic’ and ‘polysyllabic’ were on our lists.  These two words carry the same sense and meaning.  It’s just that multisyllabic is a hybrid and polysyllabic is not–all of its elements are from Greek.)

Once we were satisfied that we could use either polypanion or multipanion, someone asked about a word to indicate having only one companion. (Remember that this is a dream and in this “dream discussion” we already considered that the word ‘companion’ implies one.  But now, here we are in the same dream trying to be even more precise–looking for the opposite of our word ‘polypanion.’)  if we can have a polypanion “group of many companions,” can we then have a monopanion “only one companion?”  And if monopanion works, what about unipanion?  (When my students had compared Greek <poly> to Latin <mult>, they had also compared Greek <mone> “only one” to Latin <une> “one”.) 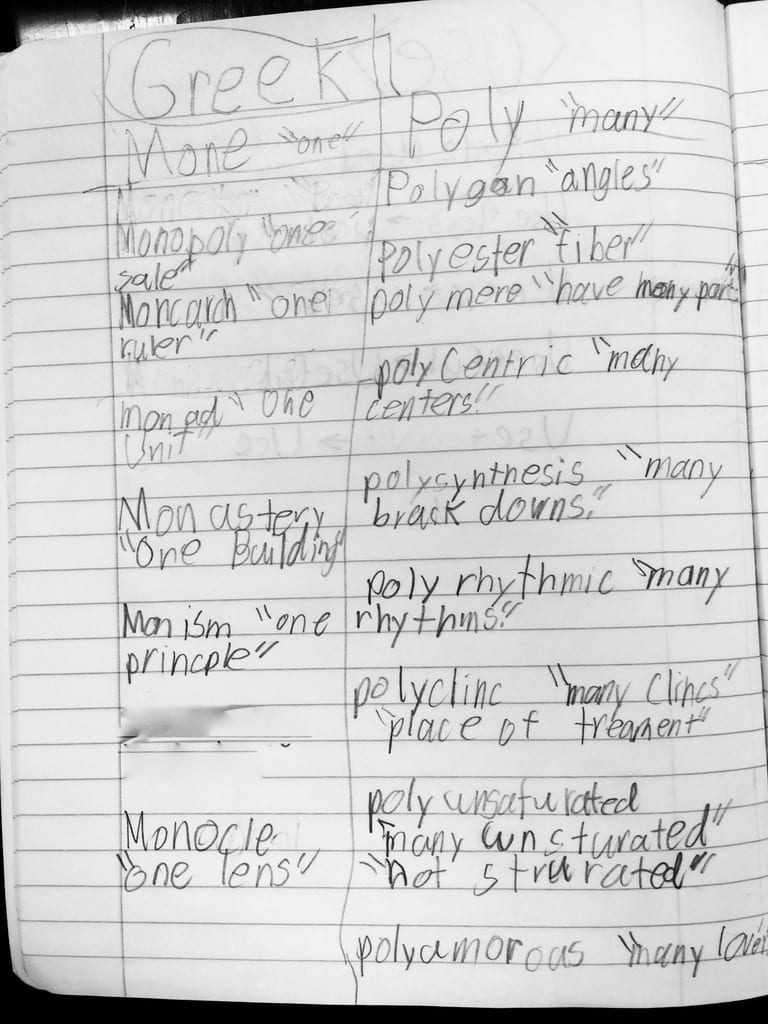 This is where the dream ended.  I woke up excited, with this discussion still clear in my head.  I told myself not to forget any details of this dream, especially the related words we had discovered!  But as I said aloud the words polypanion, multipanion, monopanion, and unipanion, I recognized that they probably wouldn’t be part of our English lexicon because they aren’t needed.  The word ‘companion’ is good on its own.  It refers to spending time with one other being. The word is easily pluralized, so there is no need for the forms my mind created.  Still, they do make meaning and structural sense.  I could see calling an extra special friend my “one and only,” my monopanion, couldn’t you?

While dreaming, I created four words by combining familiar morphemes in unfamiliar ways.  If you work with children, you have probably experienced this same thing happening.  Back when I was new to SWI, I found that if I was too quick to hand students a matrix and asking them to use it to write word sums, they created all sorts of words not found in our lexicon.  On the one hand, it is good to talk about how new words are created and to have that discussion about “when is a word a word.” On the other hand, it made me realize that they needed practice with writing word sums and creating their own matrices first.  They needed to understand, for themselves, what a matrix can show us.

Unfortunately, students are sometimes given tasks they are able to complete without really thinking through what they have been asked to do.  Writing word sums based on a specific matrix should not be one of those tasks.  Without a solid understanding of word structure and its relation to word meaning, they won’t always stop to ask themselves if the morphemes they have paired create a familiar word or not.  They are also less likely to go the dictionary to check to see if they created a word that exists, but is, perhaps, unfamiliar to them.  In my experience, there is a deeper level of engagement and learning happening when a student goes through the necessary steps to create their own matrix.  Once students have had repeated experience investigating words and their families, they are better prepared to consider someone else’s matrix and will seek to make sense of it.  It is at this point that doing what I did in my dream — combining familiar morphemes in unfamiliar ways — becomes a thoughtful and enjoyable activity. The new words are formed purposefully and fit our criteria for “what a word is” — the structure makes sense and its meaning is clear to others.

Back to ‘companion.’
Now that I was awake, my curiosity took me to the structure of the word ‘companion.’  In my dream I hypothesized that the structure was <com + pane + ion>.  I wasn’t familiar with the base <pane> but assumed it had something to do with “spend time” or maybe “person.”  I could think of words like companions and company that are probably sharing the same base because they share meaning.  If I am in the company of someone, I might also refer to them as my companion.  If I am expecting company, it might mean I am having friends or guests in my home.

I hope you will be as delighted with the sense and meaning of this word as I am!  According to Etymonline, the prefix <com-> brings a sense of “with, together” and the base <pane> is derived from Latin panis “bread.”  The Late Latin companionem literally meant “bread fellow, messmate.”  In other words a companion is a person you might break bread with (share a meal).  I love it.  It makes so much sense.  So often, when I am in the company of friends, we eat!

Other words that derive from Latin panis are

As always, an investigation into one word broadens my sense of of many!  I wouldn’t have assumed there was a connection between the words ’empanada,’ ‘panettone,’ and ‘panini,’ but now I see it!  They share that sense and meaning of “bread” and all, ultimately, derive from Latin panis.  Their basis in Latin is why Italian and Spanish (but also French, Portuguese, Romanian, and several other languages) are known as the Romance Languages.  In this case, the word ‘romance’ refers to the language spoken by the Romans.  These structured word inquiries don’t just explain English spelling, they expose me to connections across languages.  I love that! 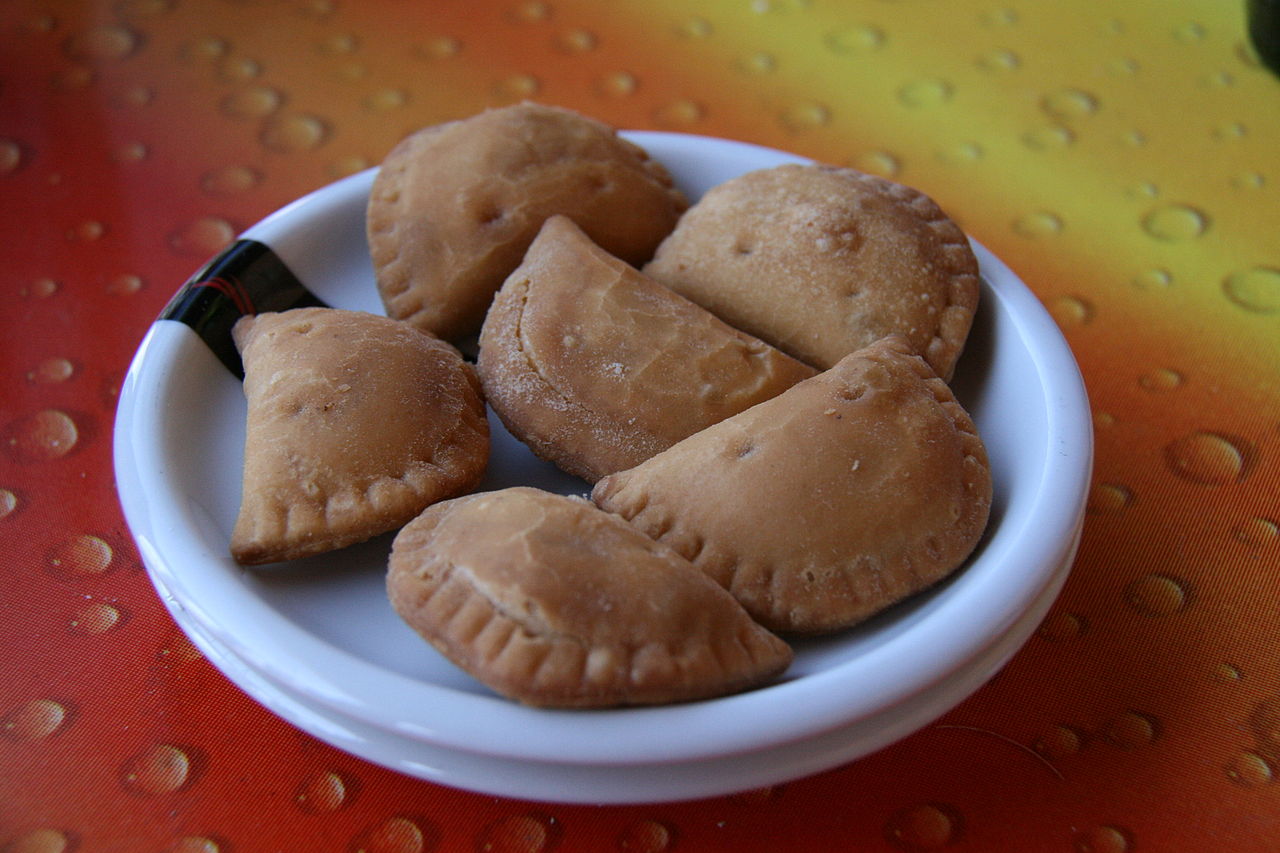 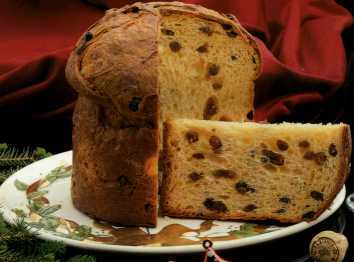 By Codice1000 at Italian Wikipedia – Transferred from it.wikipedia to Commons. Transfer was stated to be made by User:Xaura., Public Domain, https://commons.wikimedia.org/w/index.php?curid=3180469