There is nothing fifth graders love as much as making stuff up!  When I saw Skot Caldwell’s post back in February called “Dinosaur Discoveries“, I knew it was an activity my students would love!  Imagine creating your own dinosaur and giving it a name that had clues to its characteristics — much like the actual dinosaurs! When we look at some familiar dinosaur names, we see: 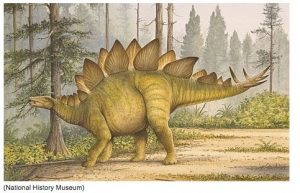 The stegosaurus lived about 150 million years ago.  It was a herbivore with small teeth, which no doubt made it necessary to eat constantly.  As you can see in the picture, the stegosaurus had bony plates along its spine.  If we look at its name, we see that it has two bases:  <stege> from Greek stegos “a roof” and <saur> from Greek sauros “lizard”.  When the first stegosaurus fossils were found in Colorado, they were named by Othniel C. Marsh (1877).  It was thought at first that the bony plates functioned as a type of covering or roof for the dinosaur.  Many scientists since have wondered about the function of those plates.  Have you noticed that there is a connecting vowel <o> in this name?  It is the vowel that is typically used to connect bases that are Greek in origin.  Have you also noticed that the suffix on the Greek word for “roof” is <os> and there is a <us> suffix on this word instead?  Saurus is the Latinized form of the Greek sauros. 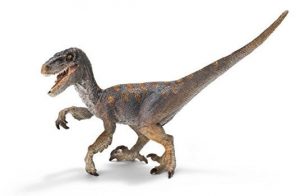 The velociraptor lived about 75 million years ago.  It was a carnivore with sharp teeth, especially towards the back.  This dinosaur was unique because it was a biped.  It could move much faster than larger quadruped dinosaurs.  If we look at its name, we see that it has two bases:  <veloc> from Latin velocis “speedy, swift” and Latin raptor “robber”.  Have you noticed that there is a connecting vowel <i> in this name?  It is one of the vowels (<e>, <i>, <u>) that is typically used to connect bases that are Latin in origin.  The velociraptor was named in 1924 by Henry Fairfield Osborn.  He felt that the name reflected such a swiftly moving carnivore. 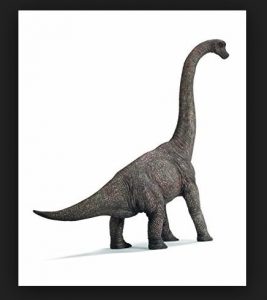 The brachiosaurus lived about 100 to 150 million years ago.  It was an herbivore that fed on foliage that was higher up than what other dinosaurs could reach.  This dinosaur was huge!  It was about 85 feet long and weighed between 30 and 45 metric tons!  If we look at its name, we see that it is also a compound word with two bases:  <brachi> from Greek brakhion “an arm” and <saur> from Greek sauros “lizard”.  Since both bases are of Greek origin, we are not surprised to see them connected with an <o> connecting vowel.  As in stegosaurus, we see the Latinized <us> suffix.  The brachiosaurus was named by Elmer Riggs in 1903 when he found fossils in western Colorado.  He named it to point out that the front legs are considerably longer than the back legs. 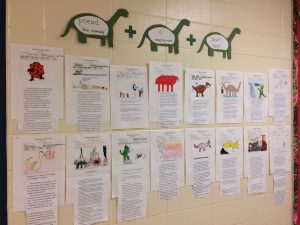 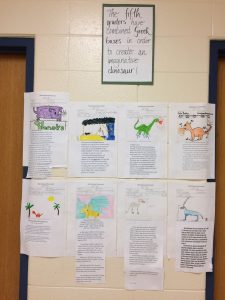 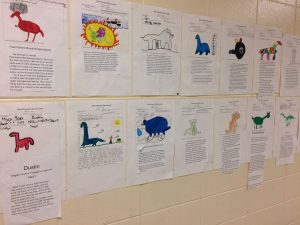 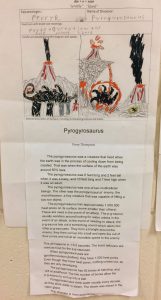 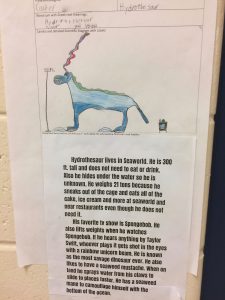 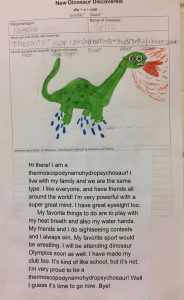 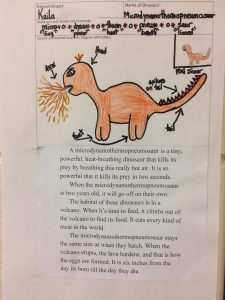 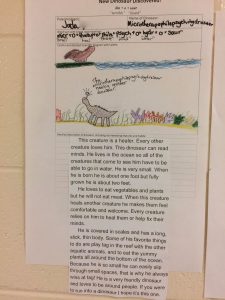 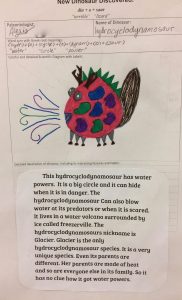 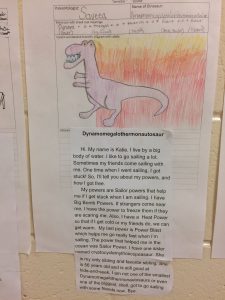 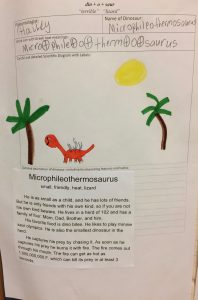 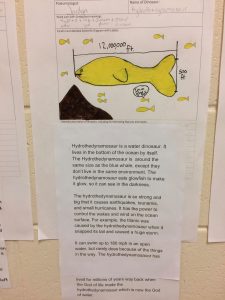 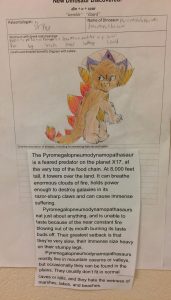 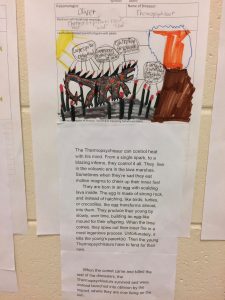 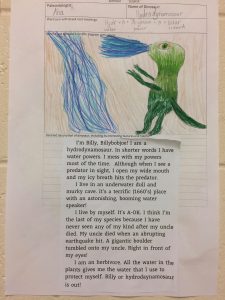 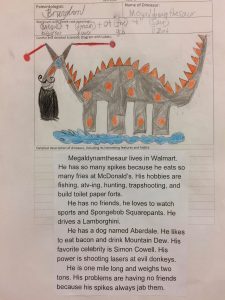 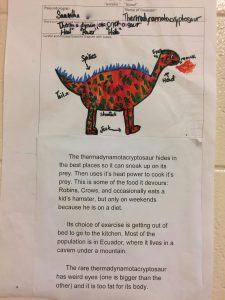 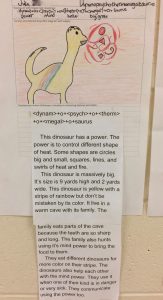