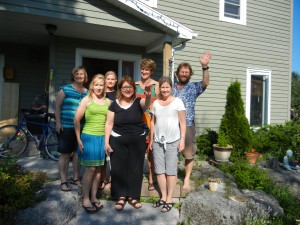 With all of that super charged enthusiasm surrounding me, imagine my delight when checking my email upon my return and finding a message from a student.  It seems Hailee was writing a story.  While writing, she began wondering about the word <especially>.  She wondered why the <l> was doubled.  She knew that in monosyllablic words that have a single vowel in front of a final consonant, the final consonant is doubled.  But she also knew that that was not the case in <especially>.

Our class was invited to teach the three second grade classrooms in our building about word sums!  With great enthusiasm and excitement, we accepted.   We chose the word <star> because we knew they were studying the solar system.  Next, the fifth grade students brainstormed a list of words with <star> as a base.  Once we had that list, we sorted out the compound words from the “base plus suffix” words.  Someone volunteered to create the matrix based on our brainstormed list, and we were ready to practice.

I was fascinated by our first visit.  The second graders were eager to please.  A few of the  fifth graders weren’t as secure in their own understanding as I thought.  I heard the “is rewritten as” arrow referred to as “equal” and “combines”.  There weren’t enough second graders spelling out loud.  But there were also these lovely moments when the joy of teaching and the joy of learning lit up each pair of students.

After that first experience, my students were looking forward to visiting the second and third classrooms and doing it again, only better!  We talked more about the importance of repeating the spellings out loud and of having slight pauses between two bases (compound) or between a base and a suffix.  I also stressed the importance of teaching that the arrow be referred to as “is rewritten as”.

With experience grows confidence.  The fifth graders thoroughly enjoyed being the teachers.  I enjoyed seeing them cement the cracks in their own understanding.  One second grade boy was paired up with his fifth grade sister.  He asked if she would teach him more when they got home!  Another second grader asked why there wasn’t another matrix on the back side of the paper!  Both groups decided this was fun! 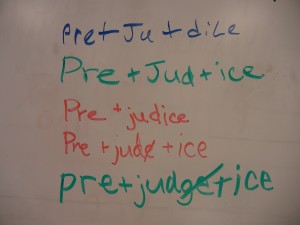 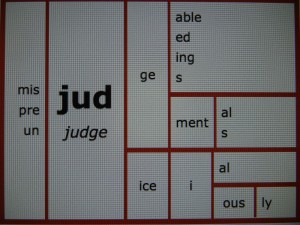 Snap's Flying Camera Promises To Capture All Your Adventures
Self-portrait photographs, or "selfies,"...

Amputee Ultra-Runner Sets New Record With 104 Marathons In 104 Days!
Most of the athletes that participated in the 1...

Ukrainian Bomb-Sniffing Dog Gets A Medal From President Volodymyr Zelenskyy
The ongoing Russia-Ukraine conflict has produced ...