Our investigations of Latin verbs have been most interesting!  We have uncovered many twin bases which helped us understand the difference in spelling when looking at word pairs like:

But then again, we have also uncovered many twin bases which helped us understand the meaning connections when looking at word pairs like:

If we go with the analogy in which words that share a base are like members of a family, then the following pictures offer proof that the fifth graders in our school live in a wonderfully diverse neighborhood! 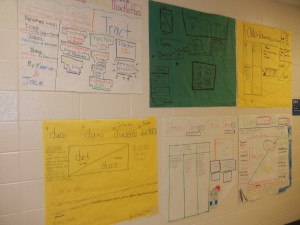 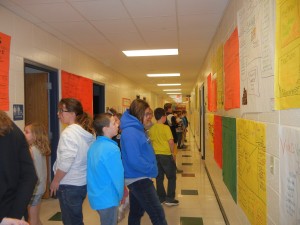 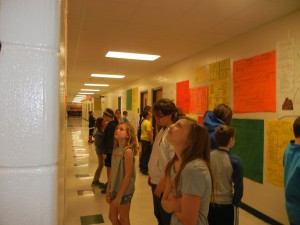 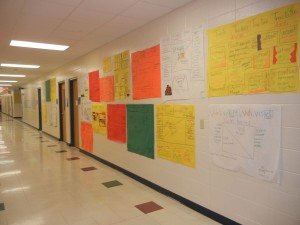 Here are three more films in which students share their Latin Verb investigations.  The first is a combination of what two groups found out about the Latin Verb Duco Ducere Duxi Ductus.

2 thoughts on “A Beautiful Day in our Neighborhood!”