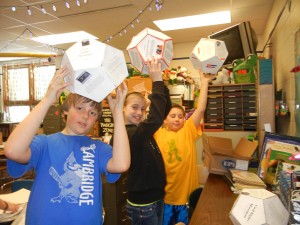 As we were learning about the Civil Rights Movement, the students were doing some reflective writing.  They wrote about Martin Luther King, Jr, Rosa Parks, and Ruby Bridges.  They wrote about the Bus Boycotts in Montgomery, Alabama, the Voting Rights Marches in Selma, Alabama, the Sit-Ins at department store lunch counters across the south, and the March on Washington.  They wrote about prejudice and segregation.  All in all, they wrote on eleven topics.  Then we typed up the writings and glued them to twelve panels (the twelfth panel being the heading).  Putting the panels together was fun.  When finished, the dodecahedrons were interesting to hold and read! 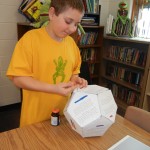 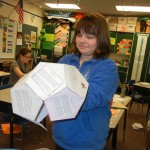 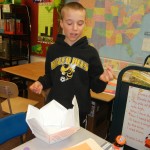 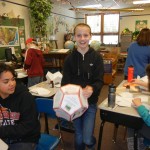 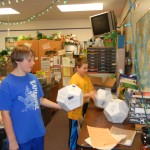 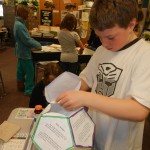 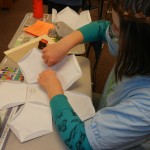 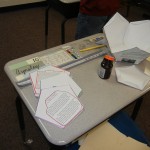 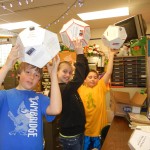